The Views of April 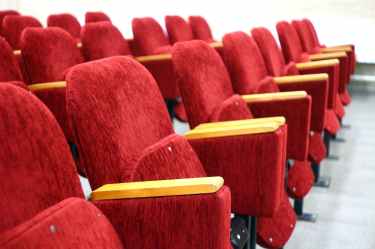 Well, the month of April flew by and I only made it out to the movies 8 times.  It takes someone with Moviepass to say that number in the diminutive sense.  In fact, I repeated 2 movies, so there are only 6 quick takes this month.  Note: Moviepass is now limiting cardholders to one viewing, but I grabbed a repeat of Avengers before they forced my app upgrade.

Isle of Dogs: B

The word that comes to mind for Isle of Dogs is charming.  I found this movie a treat to watch.  The story was acceptable, but where the movie really shines is in its visuals and music.  Plus… there are lots of dogs.

A Quiet Place: B+

This is one of those movies that could have, and should have, been an A.  However, I found some of the plot holes distracting.  In addition, this movie had such wonderful, natural tension that they did not need to go for the “make you jump” moments of which lesser horror movies avail themselves.  Yet they did.  Frequently.

Setting those things aside, there is much in this movie to love.  The silence is amazing and it spreads to the audience.  I was in a packed theater where it was so quiet, you could almost hear peoples’ fingers digging into their armrests.  There is little dialogue, so the actors rely on their face and eyes to deliver their message.  This unique approach is so engaging, I had to see it again.

Remember when I mentioned lesser horror films?  Have you seen the movie where young people get picked off one by one?  Then you have seen this.  Still, it gets a C level grade because I was entertained.  It had been a long day, I had my bucket of popcorn, and I was sitting in a theater watching a movie that was predictable to a fault, but I never looked at my watch.

I knew the general details of this story from a documentary I saw once on the Kennedy’s.  In short, Senator Ted Kennedy got drunk and drove into a river.  The young woman accompanying him was drowned.

The movie takes you through the days following.  It was a hard view.  I was frustrated watching the wealthy and powerful decide how they were going to handle the situation politically.  There were few voices interested in truth or responsibility – just spin.  It is a well-made movie and I think everyone should see it.  Though you probably won’t enjoy it.

I know I will probably take some crap for putting this movie in the B range but I liked it.  What can I say? I am a sucker for movies that use gorillas to pull at your heart-strings.  Honestly, I liked it better than Jumanji.

Waiting for April 27 was like waiting for Christmas when I was a kid.  I am all-in for the Marvel movies and this Avengers’ installment did not disappoint.

I have said it before that the fulcrum of movies like this is the bad guy.  If you do not have an engaging character on the other side of the balance, the movie will seem hollow (e.g. Steppenwolf).  The low-key delivery of every Thanos line nailed it for me.  In addition, he had a decent cadre of lackeys backing him up.

On the hero side, pretty much everyone delivered.  RDJ’s Tony Stark gets better with every movie.  Thor is finally fun to watch.  Bruce Banner’s performance anxiety was hilarious.  Dr. Strange is the perfect counterbalance to Iron Man.  If I commented on every hero in the movie, this would no longer be a short review.  Suffice to say that, after 19 MCU movies, I want Marvel to keep taking my money!